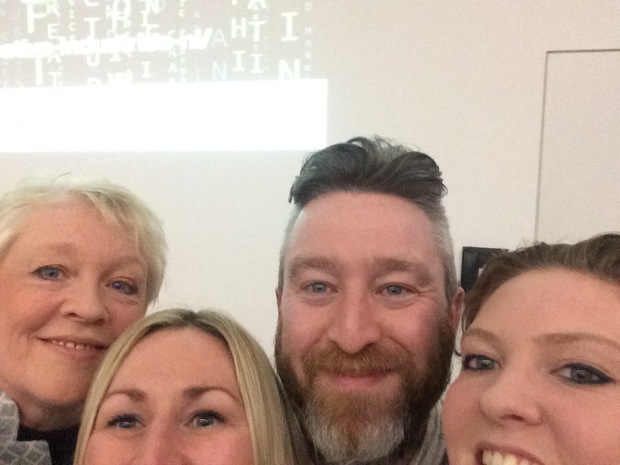 This week I’ve spent a couple of days in Northern Ireland with Clare McGee of NORIBIC, Connor Doherty of CultureTech & Gemma Milne of Ogilvy Labs (@ClareNORIBIC @Culturetechfest @GKMilne1).  We’ve hosted a couple of events in Belfast & Derry & invited all our creative & digital industry colleagues to join us in order to discuss whether there’s any appetite in NI to create an industry led independent body to represent our sector & as part of that facilitate networking & collaboration.  The hashtag in case you want to look back at the Twitter conversation is #CACHE

In this blog I’m going to outline some ideas around how networking & collaboration can help especially digital & creative industry startups get around the key challenges identified in the recent Tech Nation 2016 report (collated & produced by Tech City & NESTA).  NI respondents identified 2 key and common challenges to scaling up their startups here in Northern Ireland & those are access to finance/investment and working within a limited talent pool (in my experience of growing a tech business in Northern Ireland, tech & sales people are especially difficult to recruit when you’re in startup mode).

Our Belfast guests at The MAC

Let’s start with networking.  I was quite pleased when I asked the room last night “who enjoys networking?” and quite a few hands went up.  Usually people pull faces & shuffle a bit when they think about entering a room full of 200 strangers & starting conversations with them.  Then again, we Northern Irish folk are famed for our friendliness.  The other common barrier is that startups think they are far too busy to network.  I know that because that’s how I used to think too when I was working 7 days a week early doors in my own startup.  But here’s the thing.  It’s nigh on impossible as a startup to persuade good people to leave their comfortable, steady, well-paid jobs & join you if they don’t know you and they’ve never heard of your company.  As for raising finance, don’t even bother trying to do this cold.  You are wasting your time. 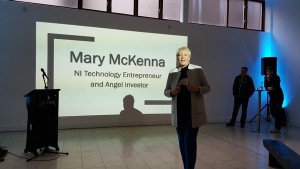 As an aside, in the 2 weeks following the publication of this year’s Maserati 100 List in the Sunday Times newspaper last month, my inbox & LinkedIn quickly filled up with messages from entrepreneurs and startups cold pitching me.  After some consideration I’ve sent them back a version of the following note.  “If you don’t have enough of a network to get introduced to me, then I’m not going to read your cold pitch because you aren’t going to make it.  One of the key elements of startup success is an ability to nicely hustle”.  Harsh?  Maybe.  More about this later. 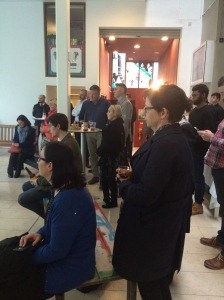 Derry guests in the Playhouse

Remember that all opportunities in business are attached to a person or people – and if you aren’t on that person or team’s radar, your chances of accessing or winning that opportunity are lessened.  Even in the strictest public sector procurement exercise you have a better chance of success if you are known to the procurer.

So – having accepted that networking is a good idea – how is it best to get started?  Here’s my quick primer:

You all know the rules of networking but briefly:

Be brave and approach strangers – what’s the worst that can happen; be friendly and pleasant; have a 30 second elevator pitch and be ready to trot it out; related to the last point recognise the part played by serendipity & always be watchful for connection opportunities without being overly pushy, be ambitious in who you reach out to – especially online – hardly anyone ever says No (I can only think of one single person who’s refused to help me with something in the last 10 years – DM me if you want to know who it is!); remember this is a two-way street & karma plays a part – pay it forward & pay it back – no matter how little you have there’s always someone else who is worse off.

Onto collaboration.  This is nothing new.  Members of the City of London guilds have been collaborating for over a thousand years.  I found a great Bill Gates quote on this:

“Creativity is less of an individual characteristic than it is an emergent property that surfaces when people convene around a problem”.

I love that.  Our events this week attracted film makers, artists, actors, publishers and journalists, software & game creators, photographers, ceramicists, artisan food producers, musicians, digital generalists, chocolate makers, people from the fashion industry, STEMettes, all sorts of fabulous creative & digital companies & entrepreneurs.  Jim Murray of Troll games summed up creative collaboration beautifully last night in Derry as he described people with different skill sets & end games working together in a shared space, brainstorming ideas & dipping in & out of different projects in different parts of the industry.  We’d simply like to facilitate this happening for our creatives & digital people on a much bigger scale.

Going back to a startup’s ability to recruit for a moment, by 2020 Millennials will make up 50% of the workforce & 88% of them say they prefer to work in a collaborative environment not a competitive one – and you have to make your workplaces Millennial friendly if you’re going to attract the best of the best.

Northern Ireland is populated by thousands of micro businesses.  Collaborating with each other helps you go further & bid bigger – if that’s what you want.  So – if you like the sound of this, complete the NORIBIC survey here and have your say.

We’re launching the Northern Ireland branch of London’s Irish International Business Network at the Digital DNA conference in Belfast on 7 & 8 June.  I’m going to be driving this in Northern Ireland when I return home mid May.  But the good news is you don’t have to wait until then to join IIBN, you can join now & get your international networking kicked off pronto.

Last word – if you’re cold pitching to the people who accept cold pitches, Gemma Milne’s excellent advice is to keep your cover note to the length of two tweets max, don’t include pitch decks and business plans, maybe include a really short explainer video, don’t send generic – think about how what you have is of interest to who you’re sending it to.  Oh & whatever you do, don’t send them to me 😉

I’d love to know everyone’s thoughts around this topic so please do include them in the comments section.