Mum, Trish and me at Buckingham Palace 4 March 2014

I really enjoyed scanning the New Years Honours list this morning.  I know quite a few of the people who’ve received a “gong” this year & it also allowed me to bask for a little while in the memories of my own special day at Buckingham Palace – 4 March 2014.  I still remember the thrill of the hundreds of Twitter messages that came through when the list was published on 30 December 2013.  I was walking through Lowe’s DIY store in Palm Springs & just happened to glance at my phone.  I had to go to a café & sit down & start writing notes back to all the people sending their congratulations.  It was such a good feeling and it continued on well into the New Year as people I hadn’t seen since as far back as university days tracked me down & sent a note.  My husband put all the “official” congratulations letters into a file – he’s very organised like that!

You’re permitted to bring 3 guests to the Palace with you and my guests were my mum, my sister & my husband – the three long standing pillars of my life.  We had a great day.  My mum & sister came over from Ireland the day before & the four of us went out for a lovely meal on the Southbank that evening.  The next morning we all got dressed up, jumped in a black cab and went out to enjoy ourselves.  The day was bright and cold but not raining.  It was the first time any of us had been in Buckingham Palace so we were very excited.  I was a bit nervous.

Mum with my MBE medal; larking about as usual!

You don’t actually know who will be presenting you with your medal until you arrive on the day.  Mine was presented by Prince William, the Duke of Cambridge.  I was very pleased about that.  Afterwards we had our official photos taken and then went to the Savoy for afternoon tea.  Later that evening my sister & I went shopping together in the West End – a rare treat.  A perfect day.

2014 was a real red letter year for me.  I received my MBE (it’s for services to digital technology, innovation and learning in case you’re interested) in March, sold my half of Learning Pool in May, got married in Scotland in July, had a wonderful honeymoon in Croatia & Venice in September/October.  In December, Mum & I had a little 4 day holiday in Rome & I even arranged for us to see the Pope as that’s what she wanted.  I can’t think of another year when so many significant & good things happened to me.  In addition I was working for the first half of the year on the Task Squad project for vInspired with Sam Sparrow.  My first experience of working in a charity and one that was both challenging and rewarding – plus working with Sam was brilliant fun.

Fast forward to 2016.  As I write this short blog on the last day of the year I’ve been reflecting on what a dark and difficult year it’s been for my sister Patricia & me.  I moved back to Ireland in May.  My plan was to spend more time with Mum.  Having been fiercely independent for the almost 30 years since my father passed away we’d started to notice she needed a bit more support, even if she didn’t always welcome it!  Sadly it was not to be.  5 days after I arrived back in Ireland Mum was diagnosed with lung cancer.  We took her home from hospital and I moved into her house to care for her.  The 3 of us had almost 3 months together; an idyllic June & July of Donegal drives and lunches out, sunrise and sunset gazing, moments of humour and moments of sadness.  Some days it was like time itself had been suspended.  There’s a longer blog about our summer together here. Margaret passed away peacefully on the morning of her 87th birthday, 19 August 2016.  Her own particular circle of life tidily closed.

So what have I learned? 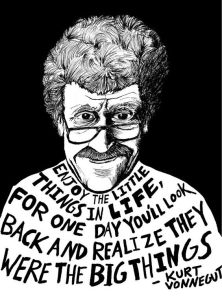 Family is more important than anything else in life.  I overheard a man in a café in Glasgow on Thursday telling someone he no longer speaks to his eldest daughter and I was heartbroken for them.  The New Year is a great time to build bridges and it’s never too late to put things right.

Time is your most precious asset so use it wisely and spend it with the people you love and doing the stuff you enjoy.

You are stronger and more resilient than you think you are.  When something big that you have to do presents itself, you will find the strength within to face it.

The friends who matter are there in the bad years as well as the good ones and you don’t even have to ask them – they just do what’s needed of them.

I’m so lucky to have my sister.

Well done to all those who’ve received an honour this New Year with two special Northern Ireland shoutouts.  First big congrats to Sandra Biddle who’s one of my fellow trustees at the Millennium Forum in Derry.  Sandra is an inspiration to everyone who’s lucky enough to know her and a great woman to have with you in your corner, fighting the good fight.  Second is my old boss Professor John McCanny who’s received a Knighthood.  Amazing & well deserved and thanks both of you for all the good work you do.